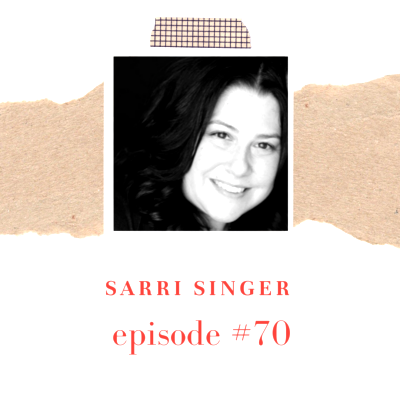 Sarri Singer, born in Lakewood, New Jersey, is the daughter of New Jersey State Senator, Robert Singer. Until 9/11, Sarri worked a few blocks away from the World Trade Center. Deeply moved by the tragedy of 9/11, Sarri decided to resign from her position in December 2001 and move to Israel to help victims of terror. While there, Sarri volunteered with various organizations working with victims of terror.

On June 11, 2003, Sarri was on Bus 14 in Jerusalem when an 18-year-old Palestinian terrorist dressed as a religious Jew boarded and blew himself up. 17 people were killed, including all those seated and standing around her, and over 100 people were injured. Sarri was hospitalized for two weeks and then returned to New Jersey to be with family.

Her story became high profile. She appeared on television stations such as CBS, Fox News, CNN and radio interviews. She spoke before Congressmen and Senators in Washington, D.C. and politicians in New York and New Jersey. In September 2003 she returned to work and volunteering in Israel. In June 2004, she returned to the United States to take care of ongoing medical issues associated with her attack.

Sarri is the Founder and Director of Strength to Strength (www.stosglobal.org), which focuses on bringing together victims of terrorism together from around the world and assisting with long term psychological needs. Sarri has addressed audiences throughout the United States, Canada, Europe, South America, and Israel and continues to share her unique insight into the ongoing struggle for victims of terror in Israel and around the world.